Few games grab your attention quite like Secret of Mana. Technically a sequel to a Final Fantasy sister-series, this action RPG is uniquely all its own. A whimsical adventure that requires quick thinking, determination, and the frequent exploration of many colorful areas across an expansive world map. I was introduced at the tender age of four, having no previous gaming experience. My brother wanted me to play with him one day and threw a controller in my hand.

Something about that first session with Secret of Mana resonated. Having revisited the game I find myself still taken aback by the charming visuals, atmospheric music, and easy-to-jump-into gameplay. Rather than wax poetic let’s take some time to examine the game’s origin and how it has impacted gamers across the world.

Did you know that Secret of Mana had at one point been planned as the mainline sequel to Final Fantasy III?

Producer Hiromichi Tanaka stated in an interview with dengekionline.com (translated by legendsoflocalization.com), “After we finished Final Fantasy III, we started Final Fantasy IV with the idea of a slightly more action-based, dynamic overworld rather than keep combat as a completely separate thing. But, at some point, it wound up not being [Final Fantasy] IV anymore… Instead, it was eventually released as Seiken Densetsu 2 [Secret of Mana], but during development it was actually referred to as [Project] Chrono

Trigger.” In all likelihood, the design elements of Mana were considered too disparate to lump into a Final Fantasy title at the time and the Chrono Trigger concept needed more time to cook.

Secret of Mana wasn’t just conceptually different in planning — it was intended to be much bigger than what Western audiences finally saw. Tanaka had joined the Secret of Mana project under the impression that the game would be released as a launch title for the SNES CD. Once Nintendo dropped the add-on, the game had to be altered to fit onto a standard game cartridge. Director Koichi Ishii estimated that as much as 40% of the game was removed, and Tanaka claims the original story was much more dark in tone. Fitting such a massive game to a much smaller media meant there was less space for legitimate character development, but the game’s tone also became more cheerful and energetic.

Fans of Secret of Mana have pointed out how lacking the game’s dialogue feels and that might also have a bit to do with cartridge space. Ted Woolsey, a translator that localized

the game in a mere 30 days, stated that a large portion of the game’s script was cut out due to space limitations and lack of sequential text. The in-game conversations were basically boiled down to their core meanings to keep the plot moving.

Secret of Mana was a difficult game to produce. Switching hardware more than once would have been traumatic and frustrating for designers, but uncertainty over the final product would have been nuts after having to cut so much to fit cartridge space. Some media outlets claim that the troubles surrounding the production and release of Secret of Mana after the cancellation of the SNES CD were why Squaresoft placed their working relationship with Nintendo on hiatus.

Amidst all that chaos, a fantastic game was released. With a Metacritic rating of 80% and total units sold floating around 1.8 million as of 2004, Secret of Mana has been deemed by history a success. The game regularly makes it to top SNES games lists, inspired a number of developers, and spawned a JRPG franchise with mostly solid reception. The experience has yet to have been replicated in any way that feels good, but its legacy persists among a loyal fanbase.

“Secret of Mana is one of those games that is special to me for a variety of reasons,” said Mana fan Shannon McKernan. “I remember first being entranced by the coverage in Nintendo Power, which laid out a walkthrough of early parts of the game in the style of an adventurer’s journal, with dated entries, and sketched artwork.” Gaming magazines reigned supreme in the 90s, which might be why Sean Madson had a similar experience.

“My first exposure to Secret of Mana was via my very first GamePro magazine that I had received in the mail. They had done a rather extensive review on the game and I couldn’t help but be enamored with what they described.”

“Over Christmas break, 1994 I visited a friend of mine who had gotten a SNES for Christmas, and he showed me a game I had never heard of,” said Patrick Holleman, an author of game design studies. “Anyone who has played the game remembers how it begins: the distant, unearthly howl of the Mana Beast; the haunting intro theme “Angel’s Fear;” the slow text crawl over shots of the many fantastic places the heroes would eventually visit.”

“I still recall my initial memories of spending vacations from school and deciding whether I wanted to speedrun it or grind to level up everything fully,” said Ryan Gilbert. “I didn’t have a multi-tap to experience any joy of three people arguing who wanted to be a boy, girl or sprite and all attempts to organize a time with one other person to play the

game with me never came to fruition. Me, Myself and I were the trio to restore the Mana sword and it was never the best team to use at times.”

Almost every person I spoke to had experience using multiplayer, likely because the AI settings are garbage. Left to their own devices, your teammates will get trapped behind walls or objects, holding you back from proceeding through an invisible band tying the three characters together. It’s recommended that you either adjust the AI settings in the ring menu or find a few friends to change the state of play.

For Colin Pierce Secret of Mana was more social event than game. “Having come out while I was in Grade School, my buddies and I would play it for hours on end. Gathering the everything became a pastime for us as we tried to maximize every skill, stat, and weapon. We even set up multiple TV’s and systems to race each other on boss kills, and progression. So many sleepless nights of trying to outdo each other. The laughter and joy that Secret of Mana brought to my life in those younger years has forever made it so I can enjoy any RPG for what it brings to the table” 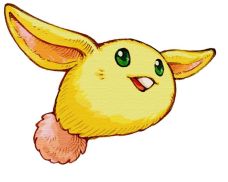 Similar to my own introduction Sean Madson bonded with his brother by adventuring with him. “From the moment we started we had a system in place: I would be the main hero at all times, while he would cycle between the two other characters casting spells and lending support where necessary (though he had a preference for the Sprite). Secret of Mana was one of the biggest games a duo could take on at that time.”

“Each of us had a character we played exclusively, my two younger brothers always taking up the Boy and the Girl, as I pelted enemies with spells with the Sprite.” Shannon McKernan played with both of her brothers with the help of the super multi-tap. “Sure, there would be fights over who got to use which weapon sometimes, with moments of the weapons flying back and forth across the screen as we forced each other out of what we had equipped, but then there were the moments of true teamwork too, calling out for Cure Water, pelting enemies with Gem Missile, as the Boy went to town with the Mana

Sword, until we finally saw the end.”

“I didn’t get a chance to play it till I was about 16 years old.” Kortland Showman was introduced by a friend of his sister’s. “I remember grinding constant hours leveling up the weapons and enjoying the unforgettable soundtrack at the same time.” In contrast, Martin Hinson had to return to Mana to fully appreciate it. “As a 12 year old, I simply couldn’t beat it. I got stuck on the Kettle Kin boss fight and due to my lack of RPG experience, never managed to beat it,” he said. “I finally revisited Secret of Mana properly, a rather embarrassing 20 years later and completed it with no issues. In fact, due to my experience gained over those years, I now appreciate the game even more than I did as a young boy.”

The real test of quality though is the impact a game can make on a life. “Although I was only nine years old, I knew at that instant that I wanted to work on video games,” said Patrick Holleman. “I had to understand how all of these strange and beautiful ideas came together.” Patrick has spent the past six years writing books on the subject of classic game design and attributes his vocation to this JRPG classic. Without Secret of Mana he wouldn’t have traveled to Japan and explored a different side of himself.

People love Secret of Mana for a number of reasons. The colorful pixel art, sweeping soundtrack, multiplayer experiences, ring menus, boss fights, and — yes — even the terrible AI. They love the weird and wonderful way it was designed. And they are still playing. I imagine you may have the same kind of experiences with this magical little gem.

I’d love to encourage a new generation to experience the wonder of this Square classic, however, the purest form only exists in cartridge, Wii Virtual Console, or the Super NES Classic. There is a modern remake with auto-saves, updated visuals, and a remastered soundtrack, but its shortcomings have been well documented in a number of reviews. Though it might be less convenient please seek out the original version. You will not regret it.